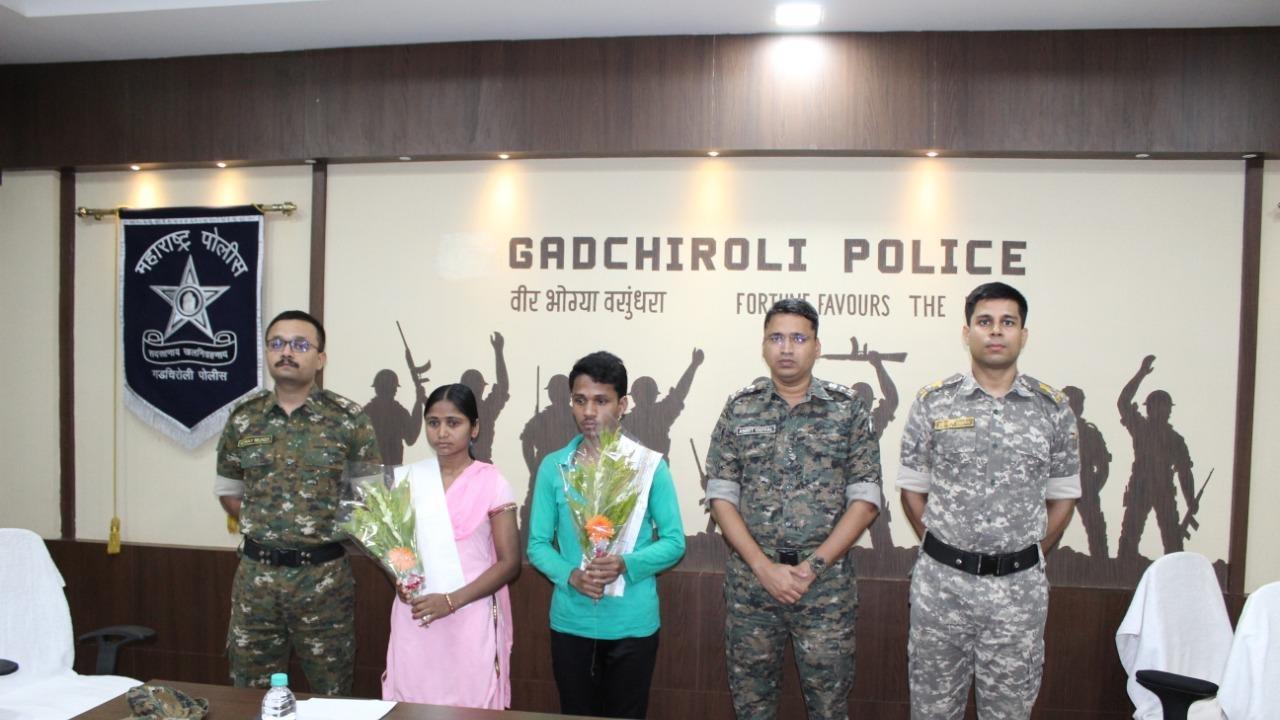 Two hardcore Naxals carrying a reward of Rs 12 lakh on their heads and allegedly involved in several incidents of violence in Maharashtra and other states have surrendered before Gadchiroli district SP Ankit Goyal, police said on Thursday.

Kolu alias Vikas alias Sukant Vinod Pada, (27), a resident of Narayanpur district in adjoining Chhattisgarh, and the woman Naxal, Raje alias Debo Jairam Usendi, (30), a native of Maharashtra`s Gadchiroli district, turned themselves in before the Superintendent of Police recently, the police said in a release.

The release said the Maharashtra government had announced a reward of Rs 12 lakh for their capture (Rs 8 lakh on Pada`s head and Rs 4 lakh for information on Usendi).

He was personally involved in 03 murders, 07 encounters, and 01 robberies, in all 11 offenses registered against him.

He laid three ambushes in different places in Maharashtra and Chhattisgarh against security forces and was also involved in multiple encounters in Odisha, the release stated.

She was allegedly involved in the murder of a villager in 2019 besides four encounters and an incident of arson, the police said.

Mistreatment of women by senior Maoists, discrimination between senior and junior cadres in providing basic facilities, tough life in forests, potential threat from wild beasts and security forces and attractive terms of the Maharashtra government`s surrender policy were among the reasons cited by the duo for giving up the path of violence, the release said.

Due to intensified anti-Naxal operations conducted by the Gadchiroli police, 47 hardcore rebels have surrendered in the district since 2019, it said.
The release quoted SP Goyal as saying that all necessary assistance will be provided to ultras who are willing to give up arms and join the national mainstream.

(With inputs from PTI)