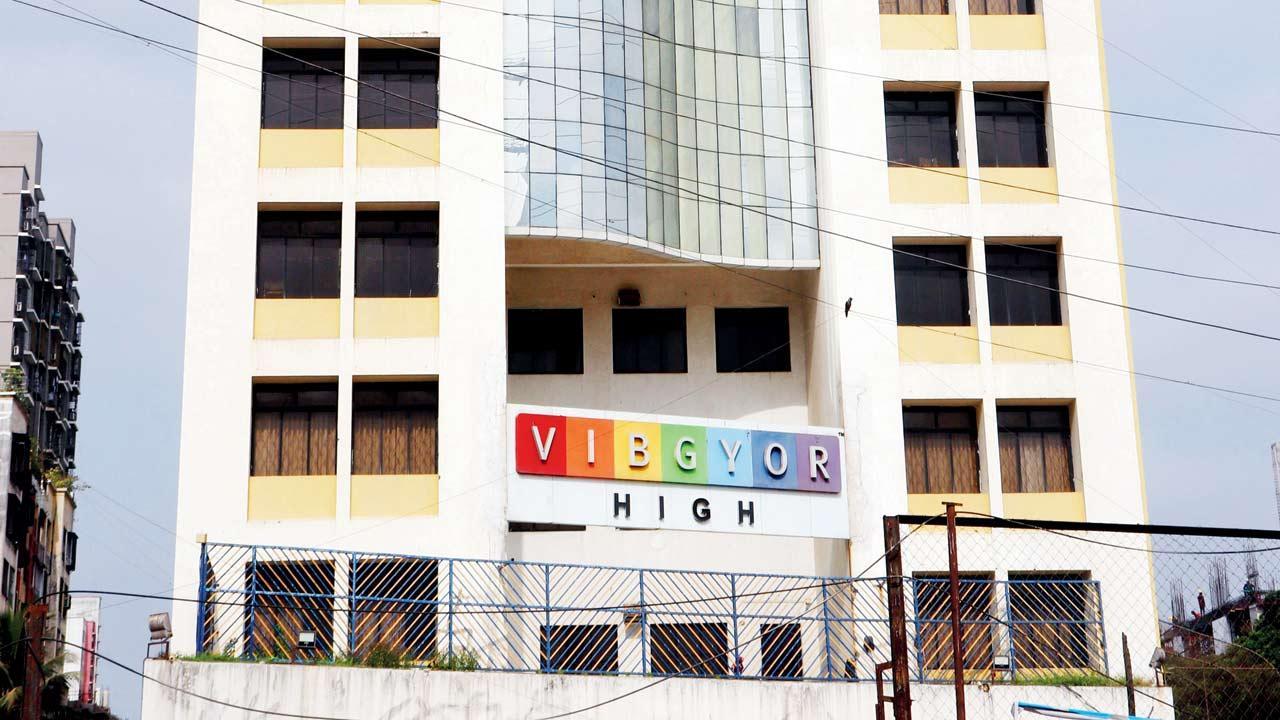 VIBGYOR High School is in the news once again. This time, the state government’s Housing Development Department (HDD) has issued an order to reclaim the 6,000 square metre plot that was allotted to it in Goregaon in 2004. If the order is implemented by the stakeholders, the school’s approval is likely to be cancelled. The order dated March 8, 2022 mandates that the land allotment which had been revoked in 2019 should be acted on.

The order dated March 8, 2022 mandates that the land allotment which had been revoked in 2019 should be acted on, and the deputy secretary (legal) of HDD has also urged the deputy director of the state of school education department to cancel VIBGYOR High School’s approval. In addition, the order requests that the police department file a criminal complaint against the trustees of three organisations, MHADA officials, and other public servants who allegedly committed misappropriation, cheating, fraud, and forgery.

In August 2018 the chief officer of the Mumbai board of MHADA proposed to cancel the allotment of land to the school which had been made by the special discretionary power of the state government. The allotment was finally cancelled in April 2019. The Deputy Secretary, Legal (HDD) P D Sadashiv, in his note of legal opinion to  MHADA, stated, “MHADA had no power to approve the sublease or change in use of the lands which are allotted as per directions issued by the government under regulation 16 of the Maharashtra housing and area development (disposal of land ) regulations 1982. The trustees of the three trusts – MPMC, Kare Edumin Ltd and Rainbow Education Promotion Pvt. Ltd. –  willfully disobeyed the order issued by the  charity commissioner under the provisions of the Maharashtra Public Trust Act and rules made there under by the state government.” He further noted that the trustees of all three trusts continuously neglected their duty and committed breach of trust. Considering these facts on record, he requested the charity commissioner in  Mumbai to suspend the trustees and initiate appropriate action against all three trusts as per provisions of the Maharashtra Public trust Act,1951. The deputy secretary legal has further stated that departmental enquiry may be initiated against MHADA officials.

The Madhya Pradesh Mitra Charitable (MPMC) Trust was allotted a 6,032 sq m plot in Goregaon west for a paltry R40 lakh to build a school and playground. However, the trust divided the plot into two and sub-leased it to two private firms that went on to build even on the portion that was to be kept for a playground.

The school first made headlines in 2010 when it expelled a student, allegedly over a fee hike dispute. Pic/Ashish Raje

The two companies were Kare Edumin Ltd of the Rustom Kerawalla Foundation which runs VIBGYOR High School on the plot, and the other was Rainbow Education Promotion Pvt. Ltd. MHADA has been at odds with the school management for over a decade, with the former accusing the latter of misappropriation of funds, cheating, using the land for commercial purposes and profiteering. According to MHADA, it provided land at a concessional rate to the MPMC Trust to establish a school.

In 2004, the trust subleased a portion of the land to a company called Kare Education Institute, which then entered into an agreement with Kare Edumin Pvt Ltd (also known as Rustom Kerawalla Foundation) to run the school. A year later (2005), the MPMC Trust subleased the remaining portion of the plot to the Rajasthan Vidyanidhi Trust and the Rainbow Education Trust, but construction is yet to begin due to a disagreement between the trusts. According to a petition filed in 2011 in the Bombay High Court, the trust earns Rs 2.5 crore in annual rent from one of the plots sub-leased to VIBGYOR High School.

The school first made headlines in the year 2010 when it expelled a student, Adhishree Kulkarni, allegedly over a fee hike dispute. In 2008Adhishree’s mother, Avisha had moved court against the school management following protests against the school’s decision to nearly double the school fees. In 2009, the deputy director of school education had barred the school from deducting Rs 2.5 crore in rent and attempting to recover it from students. The deputy director’s order was upheld by the High Court in 2011, after which the school filed an appeal in the Supreme Court, which gave the state three months to sort out the fee and unaided status issue regarding the school.

School management
The school’s trustee and founder Rustom Kerawalla told mid-day that though they are aware of the March 2022 order, the management hadn’t received any communication or notice regarding the same from the state government or housing department.

“We have not been communicated about this or cancellation of the school’s approval etc. The allegations are unsubstantiated and misrepresented. We have requested a representation to the department to table the proof and facts pertaining to the issue. We are well aware of what’s going on, the department has been misguided. Now we are waiting for an opportunity to present our side,” Kerawalla said.

Officials ‘unaware’
Yogesh Mhase (IAS), chief officer of MHADA-Mumbai board said, “I have yet to see the letter/ order. Only once I go through the letter from the Housing Development Department I will be able to comment on the issue.”

Sandeep Sangave, deputy director of the school education department, Mumbai said. “We have not received any communication from the state Housing development department pertaining to this land issue involving the trust that runs VIBGYOR school. However, if they communicate to us, there are provisions as per several government resolutions under which we can verify and take appropriate action against the school management.”

6,032 SQM
The area of the plot in Goregaon given for a school and playground