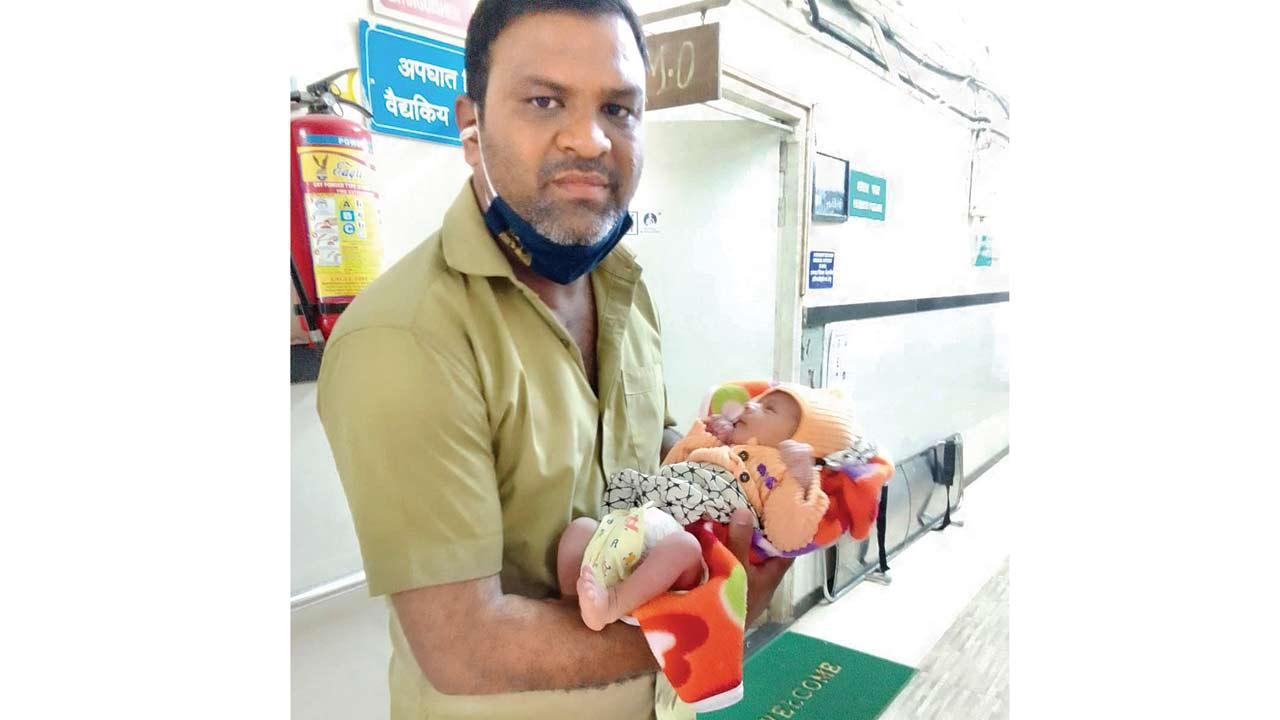 On Saturday morning, while cleaning roads, an on-duty BMC cleaner saw a newborn baby inside the dustbin at NS Road, Marine Drive. The cleaner with the help of local people, took the baby out from the dustbin and gave him first-aid treatment and milk.

Later, he informed Marine Drive police station about the abandoned baby and the police registered a case against the unknown parents of the baby. Currently, the baby is under treatment at Mahalaxmi’s Child Welfare Centre. The BMC cleaner was identified as Mahesh Jethwa, 40, a resident of Sukla Estate Society at Masjid Bunder and working in the C-Ward.

Jethwa found the baby, wrapped inside a cloth piece, in the big dustbin kept near the Gymkhana bus stop under the Meghdoot Bridge. Jethwa immediately removed the cloth and took the baby in his arms. As he was not responding, he first gave the baby first aid, and then milk.  Speaking with mid-day, Jethwa said, “The baby was not responding so I checked his heartbeat, but he was alive. Later, he was checked at Cama Hospital by Doctor Sonal Pandit who told me that he is fit
and fine.”

Senior Inspector Vishwanath Kolekar of Marine Drive police station said, “After doing medical tests, we have kept the baby at Child Welfare Centre. We have also registered a case against the baby’s parents for abandoning him. We are taking help of the CCTV cameras to nab the accused parents.”  Child Welfare Centre trust officer Vaishali Bhakte said, “The baby is healthy. We will also do further tests and will also initiate adoption if needed.”