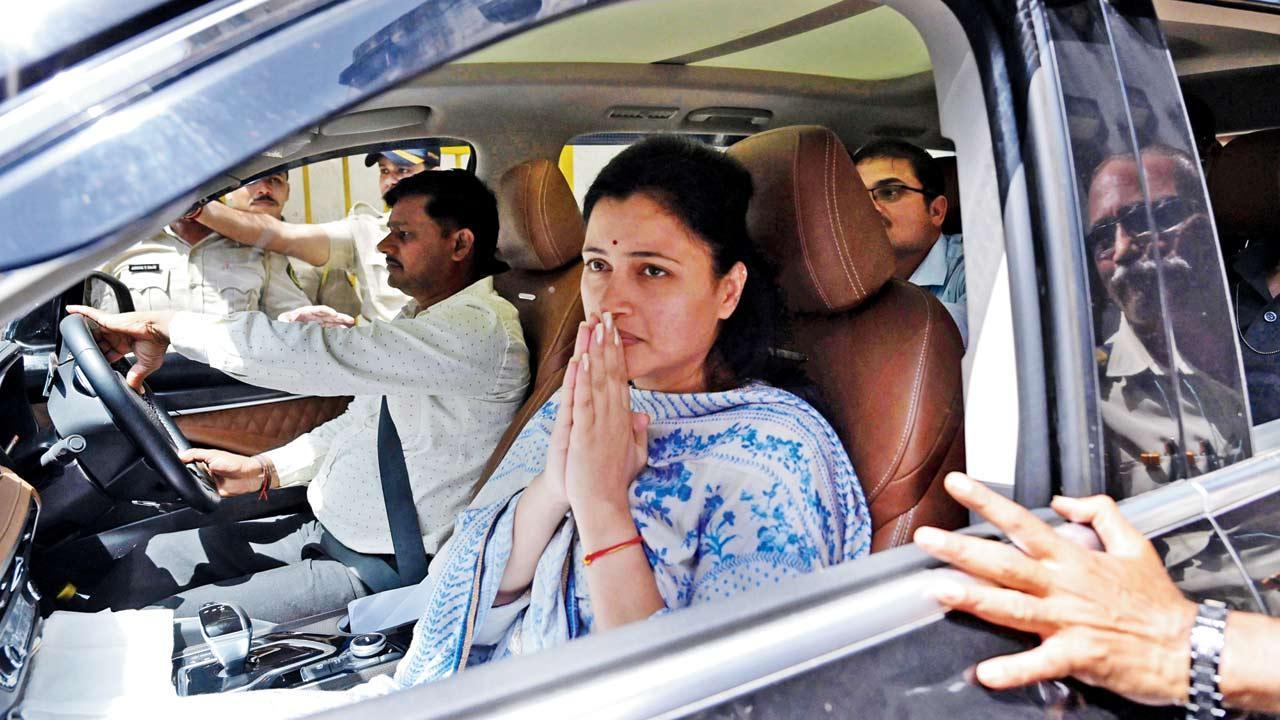 Mere expression of derogatory or objectionable words may not be a sufficient ground for invoking the provisions contained in section 124A (sedition) of the IPC, the sessions observed while granting bail to independent MP Navneet Rana and her MLA husband Ravi Rana. The court, however, added that “the applicants (the Ranas) have undoubtedly crossed the lines of freedom of speech and expression guaranteed under the Constitution.” While the Ranas were granted bail on Wednesday, a detailed order on the same was made public on Friday.

Khar police arrested Ranas last month after they planned to chant Hanuman Chalisa outside CM Uddhav Thackeray’s house. The court granted bail to the Ranas but put certain conditions, such as stopping them from interacting with the media over the issue and warned them to not repeat this.

“Prima facie, it appears that the applicants have used certain expressions and sentences against the chief minister which are extremely objectionable. It is to be noted here that political leaders play an important role in facilitating peace and tranquillity. Their vitality is appreciated due to the fact that they have followers, ¬people who believe in what they say and act accordingly. Therefore, politicians and other public figures have greater responsibility. The impact of political speech is also greater because politicians are in a position of authority,” the court order read.

Why it’s not sedition

On the use of stringent Section 124A of the IPC, the court said that the section would be attracted when the accused brings or attempts to bring into hatred or contempt or excite or attempts to excite disaffection towards the government established by law in India, by words either written or spoken or visible science or representations, etc. “The said provisions would apply only when the written and spoken words have the tendency or intention of creating disorder or disturbance of public peace by resorting to violence. Therefore, though the statements and acts of applicants are blameworthy, the same cannot be stretched too far to bring within the ambit of section 124A of IPC,” it read.

Public prosecutor Pradeep Gharat for the state had however said, “The language used by each of the applicants prima facie establishes that the intention of the applicants was to create hatred and contempt in the society against the state government established by law.” He added “Even though the outward appearance of the said announcement (to chant Hanuman Chalisa outside Matoshree) might seem innocuous, it had far reaching consequences and implications. There was a big plot to challenge the law and order situation.”

Senior advocate Abad Ponda, for the couple, had responded saying, “The purpose to visit Matoshree was not to incite the public to commit violence or to create public disorder, but the purpose was to chant a religious scripture of Hanuman Chalisa. Even remotely, there was no intention to cause hatred against the state government.”

Sedition law and its use, especially that by law enforcing agencies and governments against their rivals, has become a running debate in the political circle. Most recently, NCP chief Sharad Pawar in another case sparked the debate further.

Pawar, whose party is part of the coalition government in the state and holds the crucial home ministry, in a recent affidavit filed before the Koregaon-Bhima inquiry commission had broached the subject. “Section 124A was inserted by the Britishers in 1870 to control the uprisings against them and to suppress the freedom movements. However, in recent times this section is often misused against people who criticise the government, suppressing their liberty and stifling any voice of dissent raised in a peaceful and democratic way. Hence, it is proposed that the misuse of Section 124A should be stopped with amendments or the said section should be repealed. I have a reason to say this as provisions of IPC and Unlawful Activities Prevention Act are sufficient for protecting national integrity,” his affidavit read.

4 May
Day the Ranas were granted bail