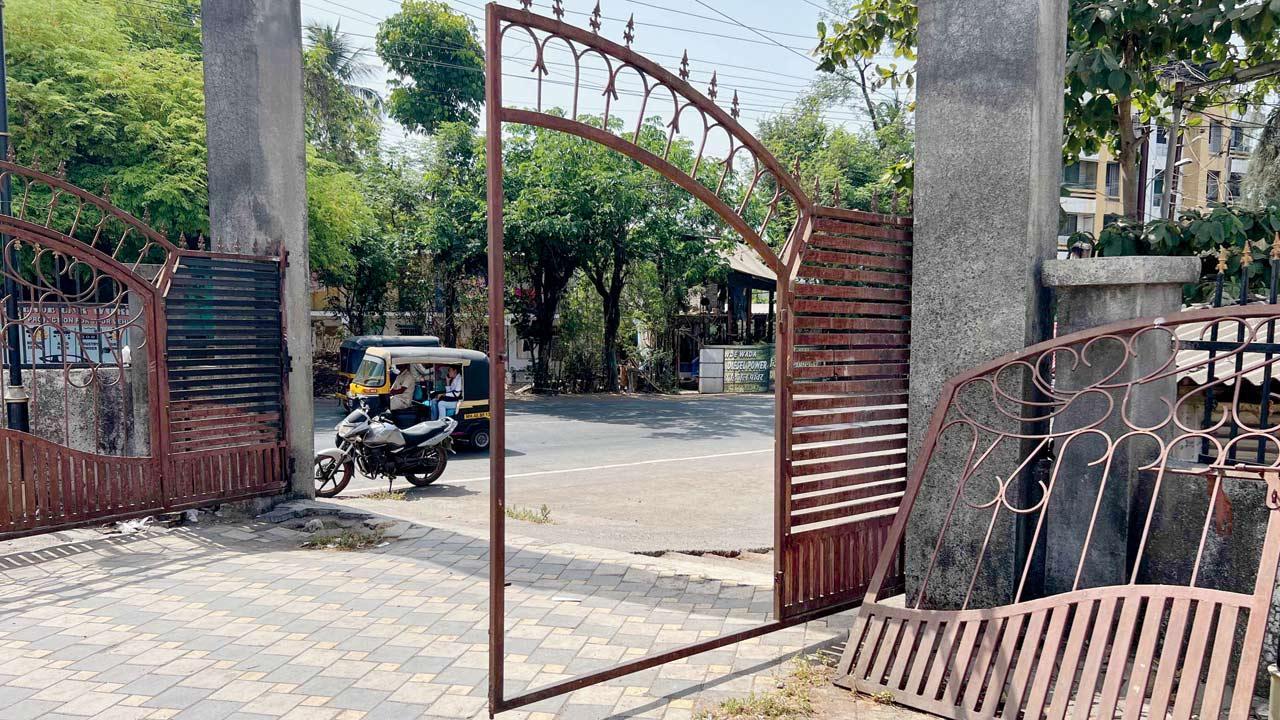 A heavy iron gate, removed from its hinges at the entrance of a pond and left leaning against the dilapidated boundary wall, fell on a five-year-old tribal girl, crushing her to death on Thursday evening. The six-year-old cousin of the deceased who was playing with her at the time had a narrow escape.

The girl, Bhumi Mere, lived with her mother Sunita and other relatives in a makeshift arrangement in Lohia Nagar area of Vasai. Due to the lack of water connection, most families residing in the area go to the nearby Papadi pond, which is maintained by the Vasai-Virar City Municipal Corporation, to wash their clothes and dishes and also to take bath.

The incident took place when Bhumi and her cousin accompanied her grandmother to the pond. Pushpa Narote, Bhumi’s maternal grandmother, told mid-day, “On Thursday, Bhumi went to the pond with me. And while I was busy with work, the kids were playing. Suddenly I heard a loud thud and saw people rushing towards the spot. One of the men came to me and told me that the gate fell on a girl who was bleeding profusely.”

Locals helped remove the gate from her, following which Narote rushed the bleeding girl to the nearby hospital where doctors declared her dead on arrival. “It is the negligence of the civic body. All the iron gates fencing the pond are in dilapidated condition. While some of them have been removed from the hinges, they are left leaning against the walls. Many have raised the issue with the civic body, asking them to remove these but all our pleas fell on deaf ears. And now, we have lost our child to the gate,” a grief-stricken Narote said.

Another gate which is in a dilapidated condition at Papadi pond

Bhumi’s cousin Vaishali Dhamankar said, “This is not the first incident. Every year one or two kids die in and around the Papadi talav, but civic officials do not maintain it still.” Narote added that Bhumi’s mother Sunita shifted to Vasai from her in-law’s house in Haranwadi village of Palghar to escape the severe scarcity of water there, especially during summer.

Sunita, who works as a house help, had also borrowed Rs 20,000 to fix their shanty ahead of the monsoon. “But the tragedy has ruined us. Bhumi was her mother’s last hope, and now she is gone. Poor people like us die like insects, but no one cares about us. The police visited us once after the incident but we have not heard anything from the civic body,” she said.

Family members of the deceased mourn

Kalyanrao Karpe, senior inspector of Vasai police station, said, “We have registered an accidental death report and are investigating the matter. The pond is maintained by a contractor. We are planning to serve him a notice to ascertain if it amounts to negligence.” mid-day’s attempts to contact the department concerned of the VVCMC went unanswered.

May 5
Day the incident took place