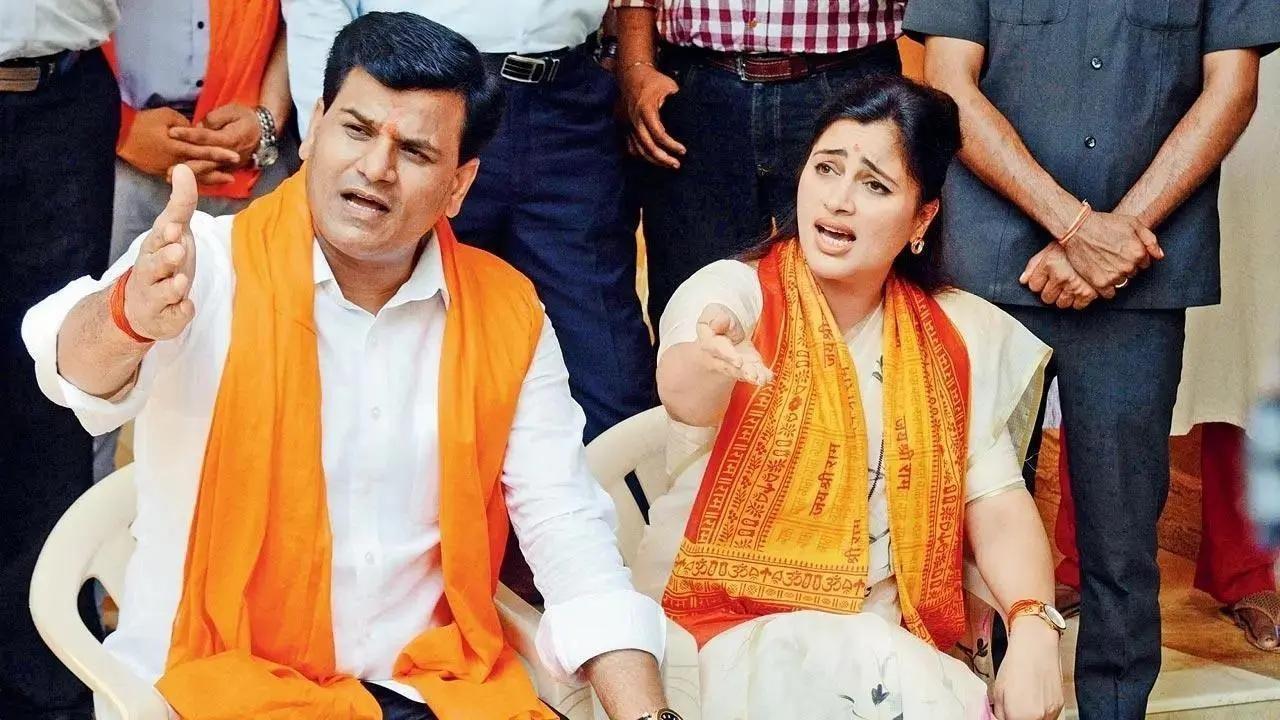 Independent MP Navneet Rana was released from Byculla Jail on Thursday afternoon and was taken to Lilavati Hospital in Mumbai for a medical check-up.

Earlier in the day, Mumbai`s Borivali Court issued the release order of Navneet Rana and her husband, Ravi Rana, MLA, who were arrested after they declared that they would recite Hanuman Chalisa outside Maharashtra Chief Minister Uddhav Thackeray`s residence.

The legal process of furnishing Rs 50,000 each for the Rana couple`s surety amount has been completed in court.

From the Borivali court, one team of lawyers of the Rana couple left for Taloja Jail for the release of Ravi Rana, and another team for Byculla Jail, where Navneet Rana was lodged.

Navneet Rana`s lawyer had dropped a copy of her release order in the bail box placed outside Byculla Jail.

Navneet Rana and Ravi Rana, who were granted bail on Wednesday morning, were not released from jail yesterday as their release orders could not be obtained from the concerned magistrate court in due time.

The MP-MLA couple was arrested on April 23 from their Mumbai residence after they declared that they would recite Hanuman Chalisa outside Uddhav Thackeray`s home in Bandra.

On Wednesday, Navneet Rana, who was arrested on charges of sedition and promoting enmity, was shifted from the Byculla Jail to the JJ Hospital for her spondylosis treatment. Later she was taken back to the jail in the evening.

Rana`s lawyer provided details of her health and wrote a letter to the Superintendent of Byculla Jail on Monday stating that she has spondylosis which is increasing due to continuously sitting and lying on the floor in jail.

He said that Rana needs to undergo a CT scan so that the doctors can understand the seriousness of her condition, adding that the jail authorities denied permission for the same.

The couple was booked in two FIRs lodged on charges of sedition, promoting enmity, and assaulting a public servant to prevent discharge of duty.