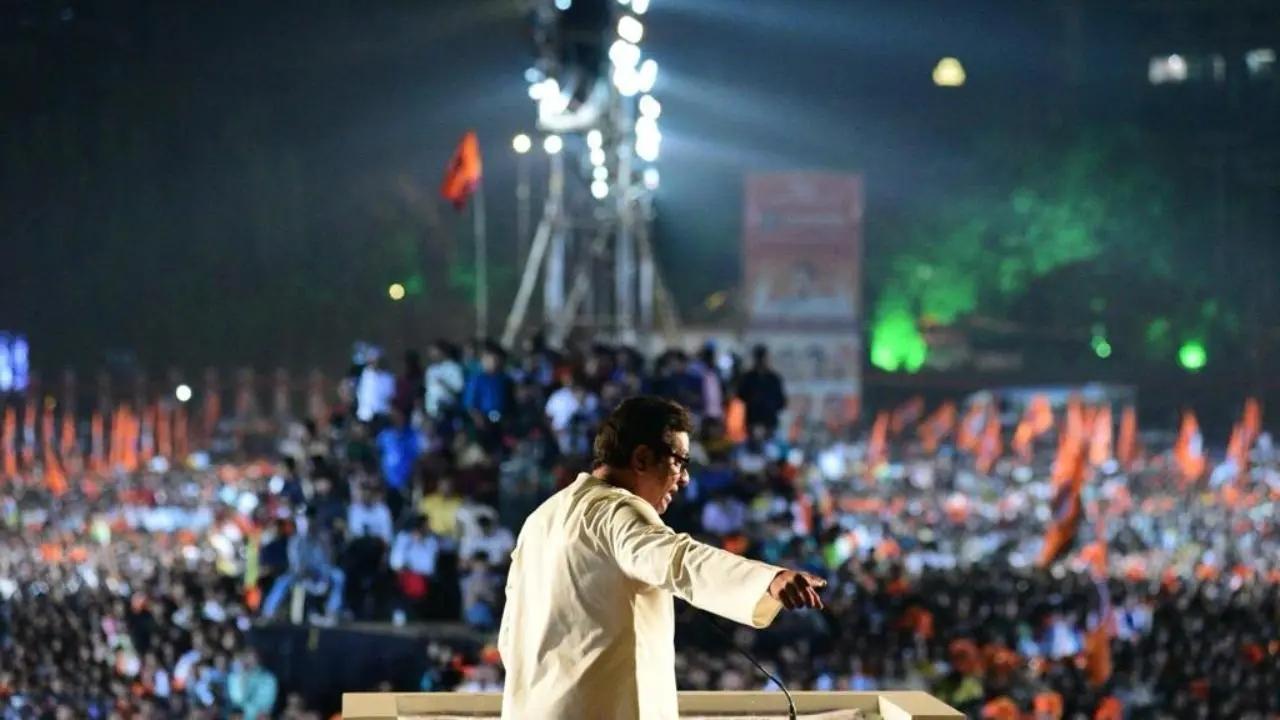 Undeterred by registration of a case against him, Maharashtra Navnirman Sena (MNS) president Raj Thackeray on Tuesday urged people to play the Hanuman Chalisa on loudspeakers on Wednesday wherever they hear loudspeakers “blaring azaan (Islamic prayer call)”.

In an open letter, he asked people to lodge complaint with the police by dialling 100 if they are distributed by the sound of `azaan`.

“One must complain daily,” the MNS leader said.

“I appeal to all Hindus that tomorrow, the 4th of May, if you hear the loudspeaker blaring with azaan; in those places, play Hanuman Chalisa on loudspeakers. That`s when they will realise the hindrance of these loudspeakers,” Raj Thackeray said in the letter.

All local mandals and vigilant citizens should start a signature campaign over the issue of loudspeakers atop mosques and submit it to the police station in their locality, he said.

Thackeray had earlier given an ultimatum to the state government to remove loudspeakers from mosques by May 3.

Earlier in the day, the Aurangabad police registered a case against the MNS chief, days after he called for “silencing” loudspeakers atop mosques from May 4 while addressing a rally in the central Maharashtra city, an official said.

“Are you going to listen to this or are you going to follow non-religious Sharad Pawar who is responsible for keeping you in power? Let people of Maharashtra witness what is going to happen. Our country doesn`t have so many jails that can arrest the Hindus of our country. This very fact should be recognised by all the governments,” he said.

The Sharad Pawar-led NCP is a key constituent of the MVA government.

The MNS chief claimed loudspeakers are “unauthorised” and so are many mosques.

Maintaining that the issue of loudspeakers is not religious, but a social one, Raj Thackeray said people of every religion are exposed to noise pollution.

“Which religion propagates assembling and sitting on the middle of the road to pray and cause immense traffic jams? This is main reason for my statements to the Muslim community that this is a social issue affecting the public. Kindly take cognisance of the same,” he said.

“If steps are taken to turn this social issue into a religious one, then we, too, can give a befitting reply,” Raj Thackeray warned.

He said issues like “unauthorised” mosques, loudspeakers and prayers being held on the middle of the roads need to be addressed duly.

“The Hindu festivals are restricted under the facade of schools and hospitals being around. However, mosques are exempt from such restrictions,” he claimed.