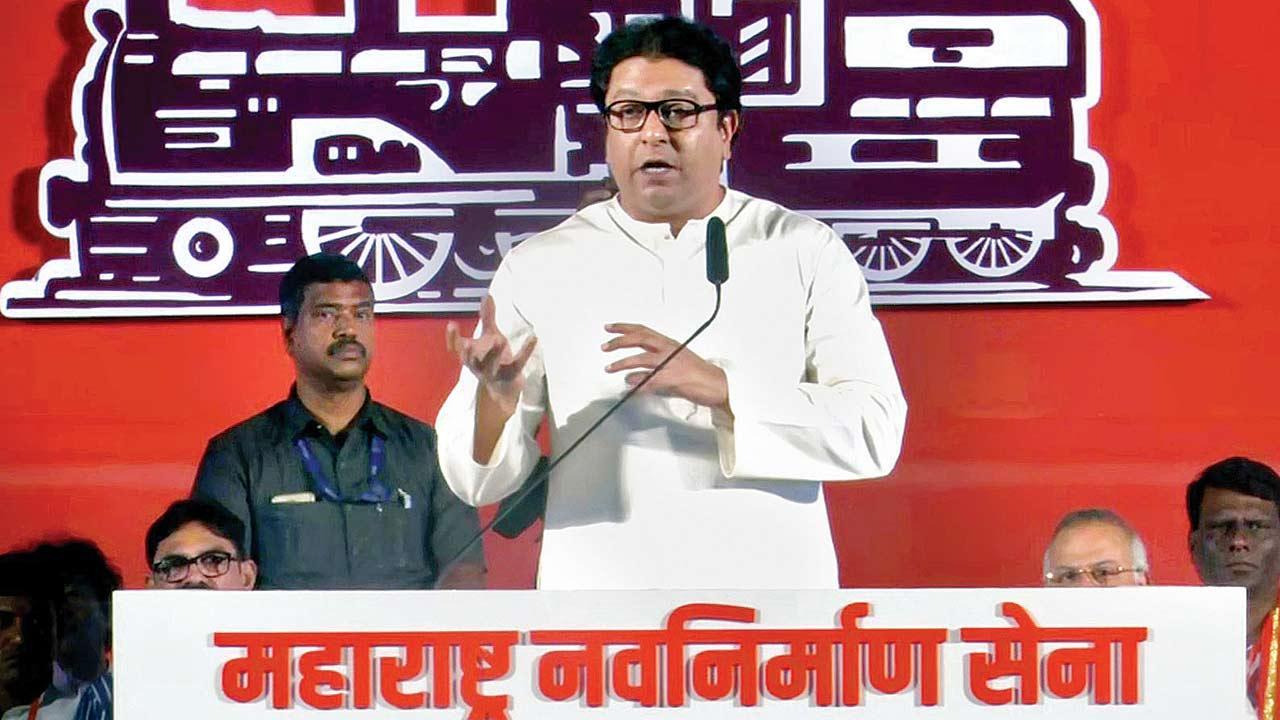 Maharashtra Navnirman Sena (MNS) president Raj Thackeray on Sunday said he was firm on the May 3 deadline for removal of loudspeakers, which he termed as a nuisance, atop mosques. Addressing a public rally here late in the evening, Thackeray said, “I won’t be responsible for what all happens after the May 3 deadline to remove the loudspeakers from the mosques.”

Raj Thackeray said if the Uttar Pradesh government could remove the loudspeakers, what was stopping the Maharashtra government

The MNS chief said that from May 4, all Hindus should play Hanuman Chalisa at double the volume of loudspeakers atop the mosques. “If they (Muslims) don’t understand nicely, we will show them the power of Maharashtra,” he said.

Loudspeaker noise is not a religious issue but a social one, he said. “All loudspeakers (atop mosques) are illegal. Is it a concert that so many loudspeakers are being used?” he said. Thackeray said if the Uttar Pradesh government could remove the loudspeakers, what was stopping the Maharashtra government, led by his estranged cousin Uddhav Thackeray, from doing so.

4 May
Day from when Hanuman Chalisa will be played