Is self-redevelopment the better option? 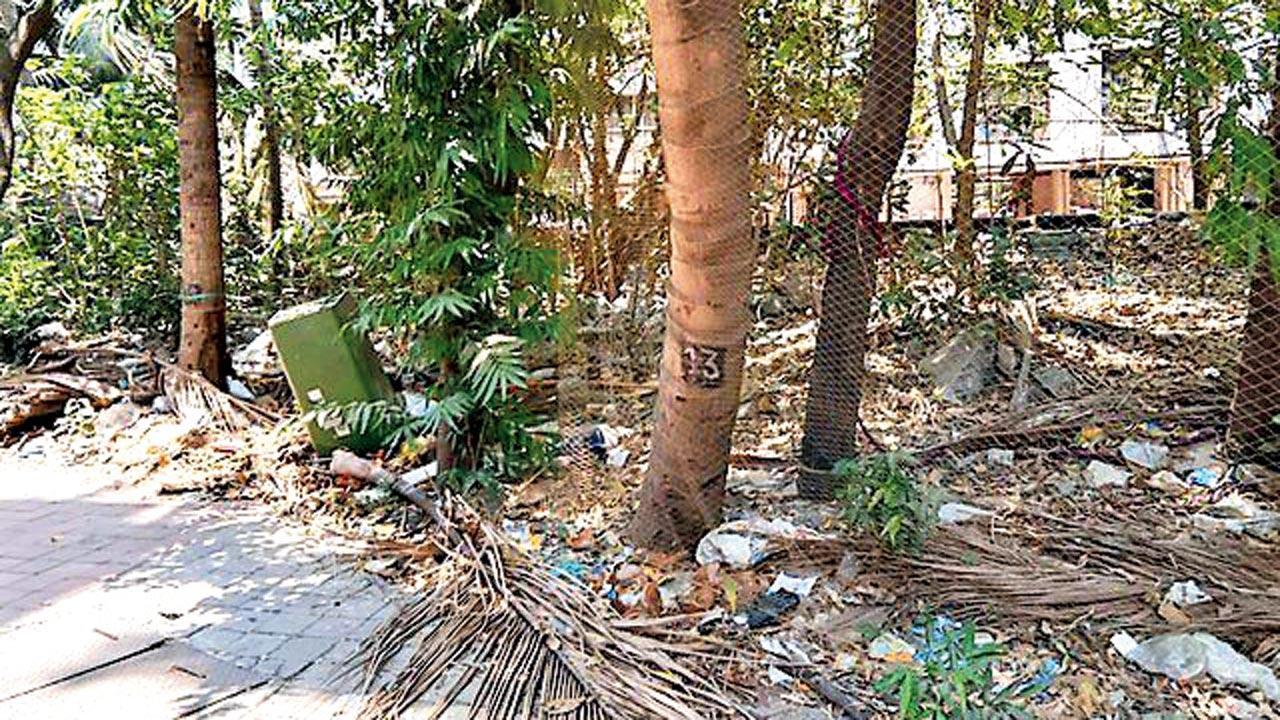 Advocate Shreeprasad Parab, who is also Expert Director at State Cooperative Housing Federation Limited and is personally handling the redevelopment of Tilak Safalya CHS Ltd, of which he is an Associate member said, “Redevelopment through the Developer is the common option chosen by the Housing Societies having their building age above 30 years and in dilapidated condition. In Mumbai District the redevelopment process is regulated by the Development Control and Promotion Regulation (DCPR 2034) and for the rest of the Districts in the State of Maharashtra the Unified Development Control and Promotion Regulations (UDCPR 2020). In the Redevelopment Process majority of the benefits are shared by the Developer and the Society members due to ignorance of law, ego issues, lack of expertise etc. fall trap of unconscionable bargain and in major cases one sided Development Agreement. Due to the lack of involvement of the Society Members in the Redevelopment Process thousands of Redevelopment Projects are now in litigation in the Court of Law.”

CA Ramesh Prabhu, founder chairman of Maharashtra Societies Welfare Association (MahaSEWA), said, “Basically there are two types of redevelopments (1) Self-development by societies, (2) By appointing a developer, many cooperative housing societies are planning for redevelopment and are exploring the possibility of proceeding with the concept of Self Redevelopment rather than appointing a developer. And it is a known fact that the housing societies have started losing faith and trust with the developer considering that most of the projects get stalled due to various reasons. The developer abruptly stops paying transit accommodation rent and the construction also gets stopped, leaving the project to uncertain fate.”

Prabhu added, “We must understand that while self-redevelopment, may be the best available option, but we need to also understand the challenges, for instance –  1) most of the members do not give their consent for self-development, (2) The committee members are not experienced to handle the entire process of redevelopment, (3) The banks and Non-Banking Financial Company (NBFC) do not fund to the society for the self-Redevelopment. (4) Mumbai District central cooperative bank who had started self-Redevelopment funding have been restrained by RBI, considering such funding as commercial real estate funding which district central banks are not permitted to do. (5) Even selling additional areas in the market becomes difficult.  Considering the above challenges of self-Redevelopment, a new option of redevelopment through development manager arrangement (DMA)concept is emerging in the society redevelopment.”

“In this DMA option, a reputed real estate developer agrees to execute the redevelopment with his experience for fees ranging between 12&#37 to 15&#37 of the project cost. Development manager agrees to invest the initial required funds at the interest rate of 10&#37 to 12&#37 p.a. till the sales proceeds are received.  In this model, the society retains the title of the property, all sales proceeds are received in the society account and complete fund flow management is with the society.  This model also helps the developer as his risk associated with redevelopment such as cost escalation and RERA obligations will be taken care of by societies. The developer will get his free decided professional fees as per the progress of the work. Society gets an experienced hand.  Now few alternative investments fund are entering into fund self-Redevelopment by taking personal guarantees from the development manager”

When asked to elaborate on Alternative Investment Fund, Prabhu explained, “The alternative investment fund or AIF means any fund established or incorporated in India which is a privately pooled investment vehicle which collects funds from sophisticated investors for investing it in accordance with defined investment policy for the benefit of its investors. AIF is regulated by the Security Exchange Board of India (SEBI). The emerging AIF is called AIF for real estate development.”

Solicitor Stuti Galiya, too, echoed similar concern, stating, “There is no doubt that self-redevelopment offers certain benefits, such as, it puts societies in complete charge, provides surplus area to members as compared to builder driven projects, etc. However, the road ahead is not free of challenges and societies do need to take extreme precaution and understand all the nuances, before proceeding ahead with this route. First and foremost, to ensure that the project is completed on time and without unnecessary costs, it is important that people who take initiative in self-redevelopment have enough time and competence. This is because the managing committee will be required to engage in extensive coordination with various experts who need to be appointed for the purpose of completing the project. They will need to ensure that all the requisite permissions/approvals are in place, documentation is clear and not onerous for the society members and regularly monitor the project from time to time. In case of self-redevelopment, it becomes all the more important to ensure a project is completed on time, as rentals for alternative accommodation are borne by members as against builders in case of builder driven projects.

“Redevelopment of buildings involves dealing with a significant amount of funds, it is important to ensure that the managing committee members of the society are persons of integrity, considering that there have been numerous instances of allegations of malpractices by the managing committee, leading to project delays and corresponding increase in costs. Apart from this, obtaining consents from members, selling units, preparing and filing income tax and GST returns on time could also turn out to be a major task for society, who is not experienced and well versed in these aspects. Another major hurdle is that it is difficult to obtain financing for such projects, with banks/housing finance institutions taking cautious approach whilst sanctioning such loans. Further, servicing such loans could also be a major challenge, where society is not able to generate enough revenues from sale of flats,” said Galiya.

Advocate Vinod Sampat, founder and president of Flat Users Residents Welfare Association, said, “The recent trend of Co-operative Housing Societies going for self-development is a welcome move. When going for self-development you are eliminating the Builder. This results in profits of the Builder divided amongst the members of the Co-operative Housing Society. It is observed that many times the members or their friends or the well-wishers are interested in purchasing flats, this installs an element of confidence amongst the flat purchasers as well as the existing members of the society. In order that the Co-operative Housing Society self-develops the property, normally a Project Management Consultant (PMC) is appointed, who remains in touch with the Managing Committee Members.

“Normally self-development is good. However, I would like to draw the attention of the members to the pitfalls pertaining to self-development. The first major stumbling block is Project Management Consultant is the biggest visiting faculty in the life of the building. One has to pay stamp duty of 3&#37 on the Market Value of the Contract executed with the Project Management Consultant. By and large most Societies are not aware of this fact and they do not pay the Stamp Duty. We all know that immovable property cannot be hidden from anyone. This may result in a situation whereby Stamp Authorities may recover varied Stamp Duty with penalty upto 400&#37. Secondly, there is a possibility that the Municipal Authorities Officers may be expecting a certain amount in cash. There could be a possibility of a cash component in the re-development related matters. Members of the Societies have to be prepared for this possibility. There is an element of lack of trust in self-development, this results in allegations and counter allegations. Earlier when we used to get loans on the self-development matters from banks but the same is stopped as per directions from Reserve Bank. As in my opinion, not even 10 projects of self-development have been completed in the city of Mumbai. There are of course many projects in the pipeline but for a project to be completed with a Building Completion Certificate requires a lot of time, money and energy. Many a times the projects are stuck-up due to lack of faith and allegations from the members against the management. Specifically, in the view of cash components in such projects. Self-development projects require a lot of team work, unity and a strong management. One should not blindly trust the Project Management Consultant (PMC),” explained Sampat.

“To conclude, I would say that in some cases self-development is feasible, where there is unity and the project involves a small number of flats in a society, rather than large complexes. I would advise the members of the Society not to trust the PMC or the Managing Committee Members blindly. They should do their own research and should get involved in the entire process from inception till the end. Redevelopment involves a number of items where the decision-making persons can easily agree with members on few submissions being made by the members and cover up their expectations in some other items,” said Sampat.

According to Advocate Shreeprasad Parab, Self-Redevelopment is a process where the entire role of the Developer is being played by the Society that is –

Major Issues in Self Redevelopment –

Tilak Safalya Co-operative Housing Society who has undertaken the Self Redevelopment Process after the termination of the Developer, has raised their funds based on the principles of

Self-Redevelopment an encouragement through State Government –

“Housing Society is the owner of the property whose object is to provide the amenities and services to its members. Thus the Housing Society can undertake Self Redevelopment in professional manner through experts and abiding the rules and regulations provided by the statute and in principle of active participation of all the members that is the principle of transparency and fairness,” concluded Parab.

Advocate Vinod Sampat, added, “Broad idea is given by the PMC as regards the modalities of self-development. A common belief is there when Society is going for self-development or re-development permission from the Co-operative department resulting in compliance with Section 79A circular is mandatory. It needs to be emphasized that the Co-operative Housing Society is an autonomous body. There is no need of any nature whatsoever to comply with the circular issued by the Co-operative Department under section 79A of the Maharashtra Cooperative Societies Act, 1960. In fact, even earlier, more than 10 years ago, the High Court had ruled in the case of Harsha Co­-operative Housing Society Ltd. & Ors. Vs. Kishandas S. Rajpal & Ors., held that there was no need to comply with the terms and conditions of the Government Circular. Recently, the Bombay High Court in the case of Abhinanda Co-operative Housing Society Ltd. also upheld the same view. However, the Dy. Registrars are insisting on compliance of circular issued under section 79A for obvious reasons.”