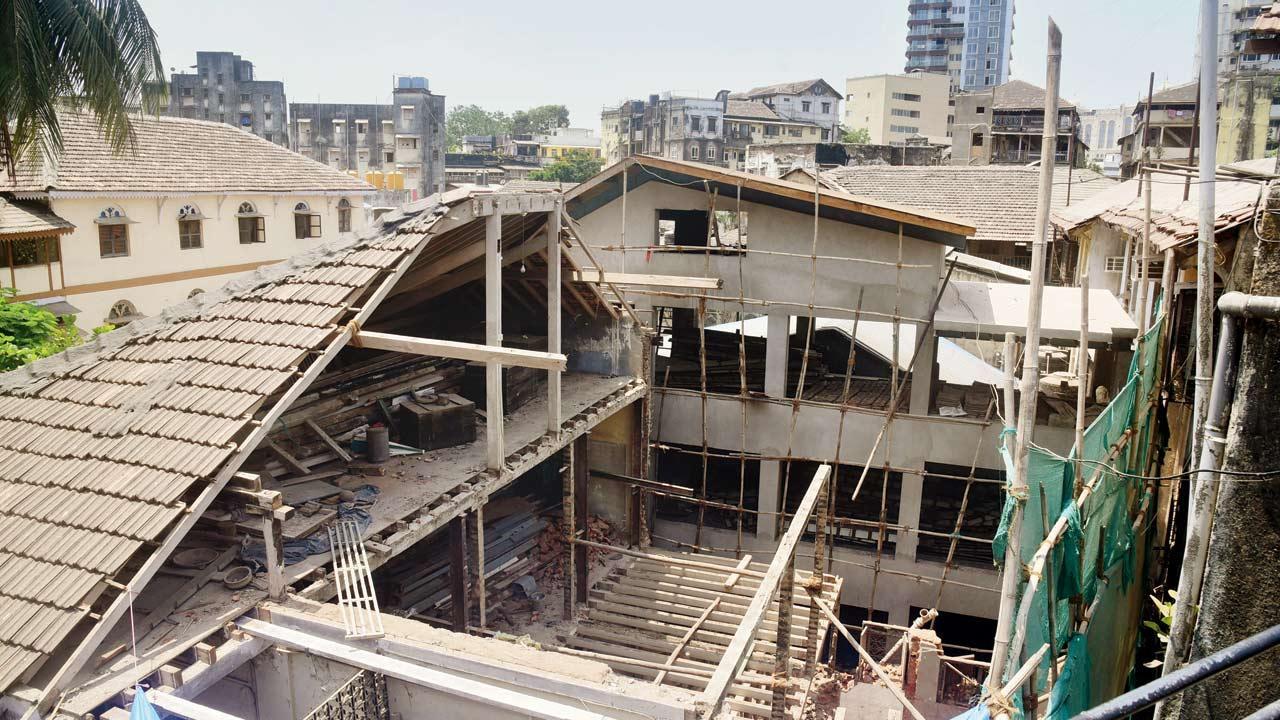 Fashion designer James Ferreira was shocked to see the sudden demolition work of one of the houses in his locality Khotachiwadi—which is over a century old and is a heritage precinct, as per the BMC. After noticing it on Wednesday, he immediately reached out to the authorities concerned and got the civic body to issue a stop-work notice.

“I had asked the officers to issue a stop-work notice. We will verify all documents regarding this work,” said Prashant Gaikwad, assistant municipal commissioner of D ward, adding, “We will take appropriate action after verification.” The ownership of the bungalow, however, remains elusive with neither the locals nor the civic body having a clear answer. Locals said the house belonged to a Fernanded family earlier, but they sold it a few years ago.

Archaeologist and local resident Andre Baptist said, “This is a one-storey Mumbai style bungalow which is the identity of Khotachiwadi. We need to preserve this kind of history but they demolished it.”  Prasad Ambavkar, resident of the neighbouring Budhani House, said, “We initially thought renovation work was going on. But then we saw the house was almost demolished from the back, but was intact from the front.”

“They are demolishing and destroying structures which are in perfectly good condition. There may be community and individual aspirations, but it is a fact that the house is a part of the wadi and a heritage precinct,” said Tapan Mittal-Deshpande, conservation architect who is working with the local community towards the revival of Khotachiwadi precinct. Deshpande said it is generally when such buildings shift hands that such things happen, and added, “The more and more these houses get demolished, the nature, the character, the collective and the value and essence keeps reducing.”