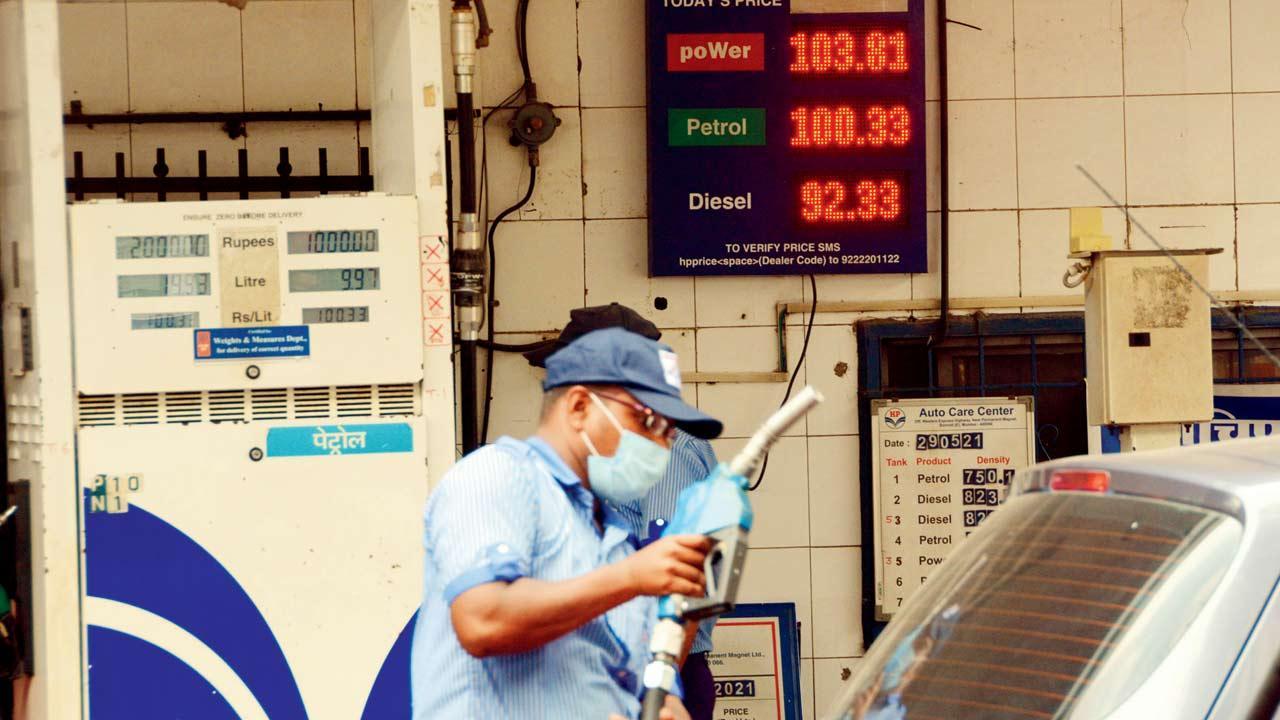 After Prime Minister Narendra Modi`s statement that the Centre has cut the excise duty on petrol and diesel, but some states have not reduced value added tax keeping the price high, Chief Minister Uddhav Thackeray has a counter statement that lists the Centre`s discrimination against Maharashtra in financial matters.

PM Modi raised the issue in his virtual meeting with the CMs of states where Covid-19 cases are on the rise. He said certain states have ignored the Centre’s appeal on reducing VAT on petrol and diesel since November.

“These states have not extended benefits to the people. Also they have caused losses to the neighbouring states,” he said, giving examples of Karnataka and Gujarat who could have earned in the range of Rs 3,500 to Rs 5,000 crore in revenue, if their VAT was reduced, but their neighbouring state has earned the additional revenue of Rs 3,500-Rs 5,000 crore in the past six months.

He mentioned Maharashtra, West Bengal, Telangana, Andhra Pradesh, Kerala, Jharkhand and Tamil Nadu and quoted petrol prices in some cities, with specific mention of Mumbai’s higher and Daman’s comparatively lower price. “Whatever revenue you have earned in the six months will be utilised for your people. But now I urge you to cooperate,” said the PM, while reminding the CMs of federalism in the country.

“The people should know the facts. Maharashtra has the biggest contribution to the country’s development. Yet the state gets discriminatory treatment in financial matters from the Centre,’’ said Thackeray in the statement. “Maharashtra has fought financial challenges while performing its public duty. The states expect uniform treatment when one talks about the country’s federal structure,” the CM said.

Thackeray said the prices of petrol and diesel did not rise because of the state government. He shared information on tax sharing between the state and the Centre.  “On one litre of diesel sold in Mumbai, the Centre gets Rs 24.38, while the state receives Rs 22.37. The same share on one litre of petrol sold in Mumbai is Rs 31.58 and Rs 32.55, respectively,” he said, adding that the state has cut VAT on natural gas to 3 per cent from 13.5 per cent.

According to the CM, Maharashtra gets 5.5 per cent of the central taxes even as it is the highest contributor. The state’s contribution in direct taxes is 38.3 per cent while it collects 15 per cent of total GST. If direct taxes and GST are put together, Maharashtra becomes the top collector in the country. Despite this, the state hasn’t received Rs 26,500 crore GST pending dues, said the chief  minister.

He said the state has tweaked norms to increase financial assistance to the victims of natural calamities but the Centre hasn’t revised the norms despite repeated demand. He listed the relief the state has extended to the farmers, traders and general public during the pandemic.

Thackeray’s counter started yet another battle with the BJP. Opposition leader Devendra Fadnavis said blame game was safe and good for hiding misdeeds, but it didn’t give relief to the common man. “You have started crying after the PM has exposed Maharashtra government`s profiteering. It is about reducing VAT, not about GST,” he said.

“When the government of India reduced excise duty on fuel last November, it also requested states to reduce taxes, but non-BJP ruled states including Maharashtra are busy only in profiting at the cost of sufferings of citizens,” said the ex-CM. He said since the state government has already earned Rs 3,400 crore (by not reducing VAT), “It is my sincere request to the CM to act immediately and give relief to all Maharashtrians including the Marathi manus.”

He said the Centre has given Maharashtra its GST share regularly and all pending dues were cleared. “The deadline for sharing the remaining amount is July 2022. Will you reduce VAT on fuel if you get the state’s GST share and refund people what has been charged so far?” he asked.