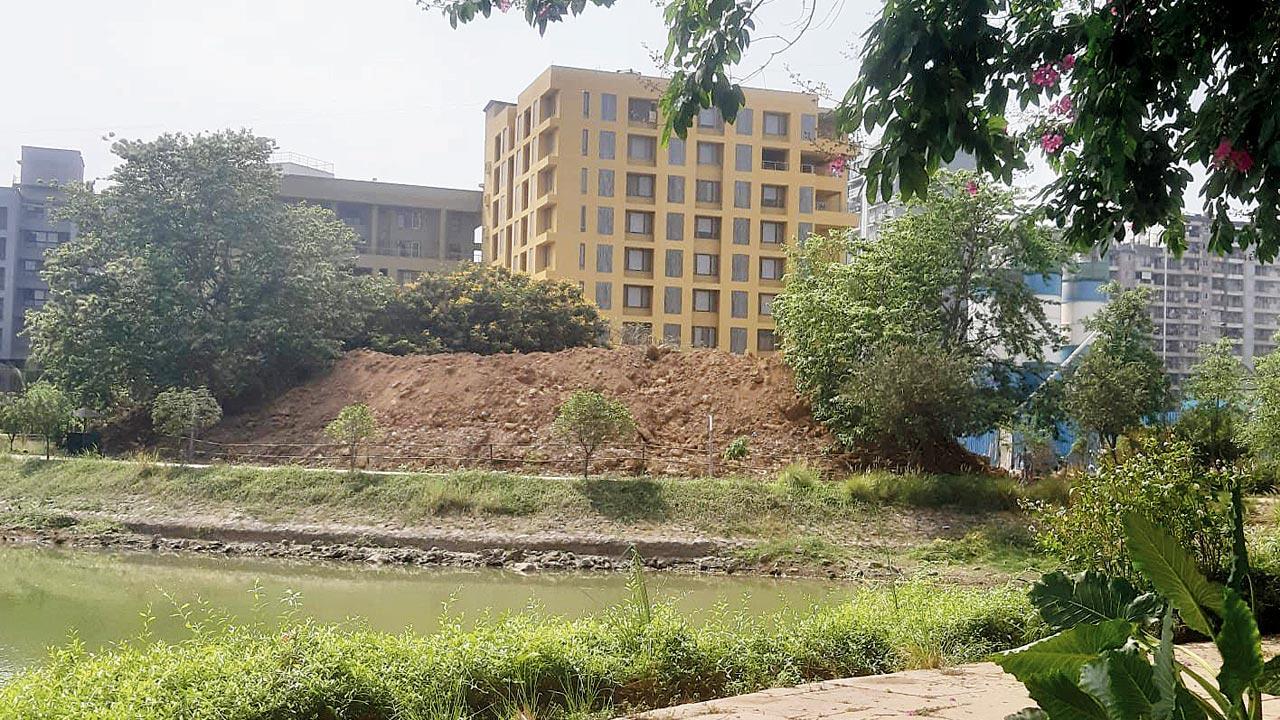 Celebrated flautist, the legendary Pandit Hariprasad Chaurasia has become the latest artiste to protest the demolition of Pranganga Amphitheatre at Bhavan’s Cultural Centre in Andheri West. Pranganga, a landmark cultural venue, was located near a lake inside the Bhavan’s campus. It was an amphitheatre where celebrated musical artistes and veterans performed through the years. It was an oasis of art in a city where such spaces are rapidly shrinking. The protesters have called out Bharatiya Vidya Bhavan, the trust in charge of the amphitheatre, for the demolition.

Pt Chaurasia in a voice note, which is doing the rounds in cyberspace, introduced himself humbly as a “bansuriwala” and said he was greatly anguished by the demolition of the Pranganga auditorium. The space, he said, was a mandir for theatre artistes and urged for rebuilding the amphitheatre, on behalf of all the artistes.

Chaurasia’s voice note followed a highly emotive plea, once again as a voice note, by Ghazal, Sufi singer Kavita Seth. Seth said that Pranganga was a place where “the trees used to sing Sufiyan melodies and artistes inspired by nature all around would mesmerise audience as they took their performance up several notches, thanks to the ambience. Today, Pranganga has lost its ‘praan’ (life) and it is a matter of great shame that cultural custodians like the Bharatiya Vidya Bhavan allowed this to happen.”

Pranganga was inaugurated in 2007 by Pandit Shri Birju Maharaj. Artistes claimed there was a robust annual cultural calendar at the amphitheatre. “The demolition of Pranganga was carried out late last year I think. We did not have a clue, it seemed to have happened very suddenly,” said M K Patel, one of the spearheads protesting the demolition and pushing for its reconstruction. Patel, secretary of Sur Singar Samsad—an organisation ‘in the service of music’, as the tagline says, added, “In fact, I happened to see the demolished building while I was walking past the campus late last year. I was distressed and shocked.”

A complaint with a joint affidavit by Patel and well-known architect Nitin Killawala supporting the complaint was filed with the Charity Commissioner in December last year. There are several signatories to the complaint including Padma awardees, maestros like Dr Kanak Rele, Anup Jalota, and Darshana Jhaveri. Excerpts from the complaint state, “As we write this, we are in total shock to witness that this beautiful amphitheatre has been completely destroyed and stands demolished. We find it disgusting to perceive that the management of such a reputed NGO can be so utterly irresponsible and can indulge in this kind of destructive attitude towards a refined, creative and social activity.” The complaint ends calling for the restoration of the amphitheatre. Killawala added, “Those who demolished Pranganga also destroyed the cultural legacy of Bhavan’s for the next generation.”

On January 14 this year, M K Patel along with several artistes wrote a letter to the Bharatiya Vidya Bhavan stating that a temple of culture had been destroyed and that the Bhavan has destroyed its very own. The letter expresses anguish at the destruction and an excerpt reads, “We intend to reconstruct the prestigious theatre and save it.”

‘Some are inciting artistes’

A spokesperson for Bharatiya Vidya Bhavan said, “The amphitheatre had to be demolished. We were getting several notices from the civic body about the amphitheatre. When we got a notice that it would be demolished by the civic authorities, we decided to demolish it ourselves. This amphitheatre looked shabby, was a little crude and was not worth it. We already have one auditorium on campus for cultural performances. We are soon going to open one more on campus.” The management added that they were aware of protests “which are probably led by some persons who are aggrieved for some other reasons. This is an irritant. They have also tried to incite artistes to protest.” The Bhavan representatives added that, “We have 370 institutions under our umbrella and have so many programmes dedicated to promoting Indian culture and giving platforms to established and upcoming artistes.”

2007
Year the amphitheatre was inaugurated