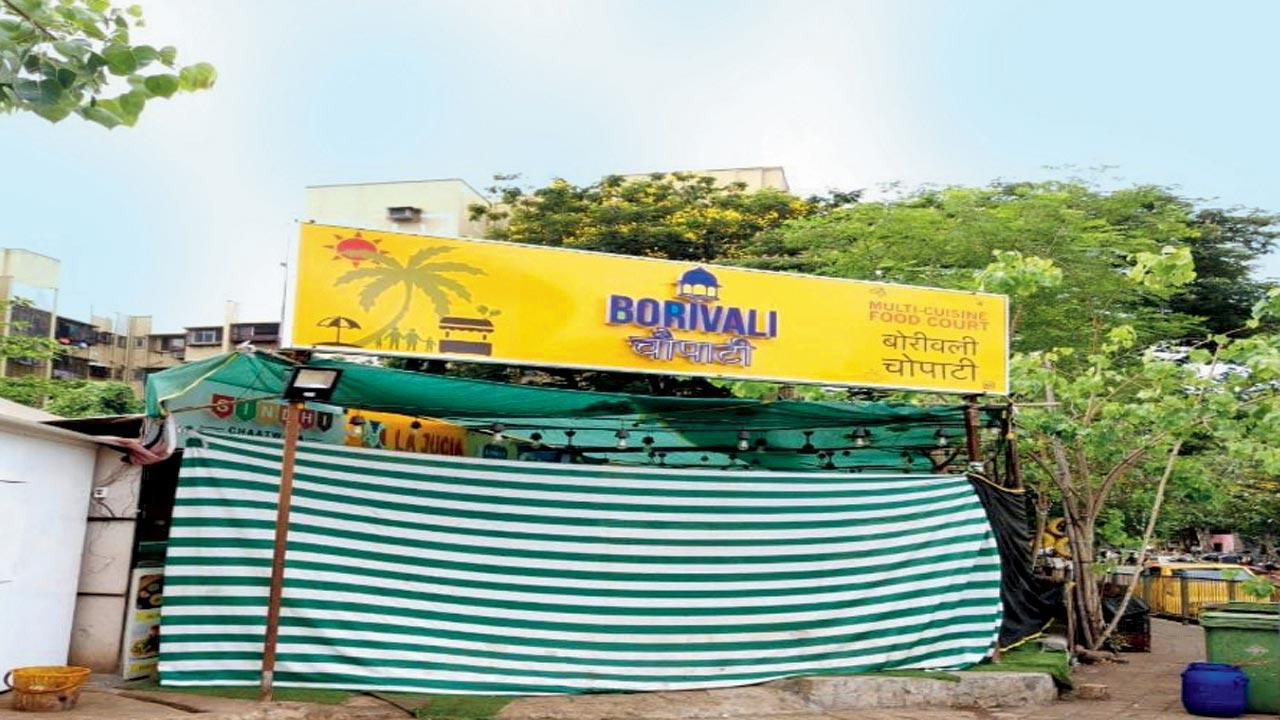 The Mumbai Suburban Collector has sent a notice to the encroachers to vacate the land at Shimpoli within seven days, after mid-day highlighted, in a series of reports, how it was grabbed to run food stalls under the name Borivali Chowpatty. In the notice, the collector also mentioned that if they fail to vacate the place, legal action will be taken against them and the stalls demolished. The costs will be recovered from the encroachers.

The notice was sent on Tuesday morning by Shraddha Chavan who is the acting deputy collector of the encroachment department and a tahsildar of Borivli. The Collector’s Encroachment Department found that the land grabbers were also running a plant nursery, ‘Borivali Chowpatty’ food stalls, a paan bidi shop and a garage on the land.

There are approximately 12 stalls at Borivali chowpatty

The BMC has already sent notices to the encroachers to vacate the land within 15 days, failing which a case will be registered and strict action will be taken. The BMC had to send back their bulldozers after political pressure  last week. Later Dharmendra Kantharia, executive engineer of R Central ward, sent a notice to the encroachers. Some of the land grabbers included Pandharinath Laxman Bhandari, Rajesh Singh, Rahul Dashrath Mandalik and Mukesh Paswan.

Speaking to mid-day, Shraddha Chavan said, “In the examination, we found that around 1,432 sq ft government land was grabbed by the encroachers. It is Collector’s land. We also found that the encroachers were not only running food stalls but also a garage, pan bidi shop and a plant nursery on this land. We gave them 7 days notice to vacate the place and remove the illegal shops and structures from the land. If they fail to do so, we will take legal action and the demolish everything and recover demolition charges from them.” It was first learnt that 882 sq metres of land was encroached upon.

The complainant in the case and social activist Reji Abraham, President of United Association for Social Educational and Public Welfare Trust said, “Such large scale visible encroachment on prime government land at Borivli west through typical land mafia modus operandi wouldn’t have been possible unless there was a nexus between encroachers, politicos, the BMC’s R Central ward officials, health department, building and factory departments. The land mafia initially started by setting up a garage and then a plant nursery, with obvious greasing of the palms of BMC officials to avoid action.”

“After our persistent complaints to senior BMC authorities including the municipal commisioner, a notice was issued for name sake. The business of illegal eateries, etc. went on as usual without  fear. But thanks to the seriousness of senior revenue officials, finally on April 25, a seven days  notice, bringing on record all violations on site was issued by Tahsildar Shraddha Chavan, the acting zonal deputy collector. Hopefully all necessary demolitions and prosecution will be initiated against all guilty including conniving officials from the BMC and vested elements including management of eateries and all others involved,” he added.

1,432
Area of land in sq ft that has been encroached